THE COMMISSIONERS OF INQUIRY REPORT 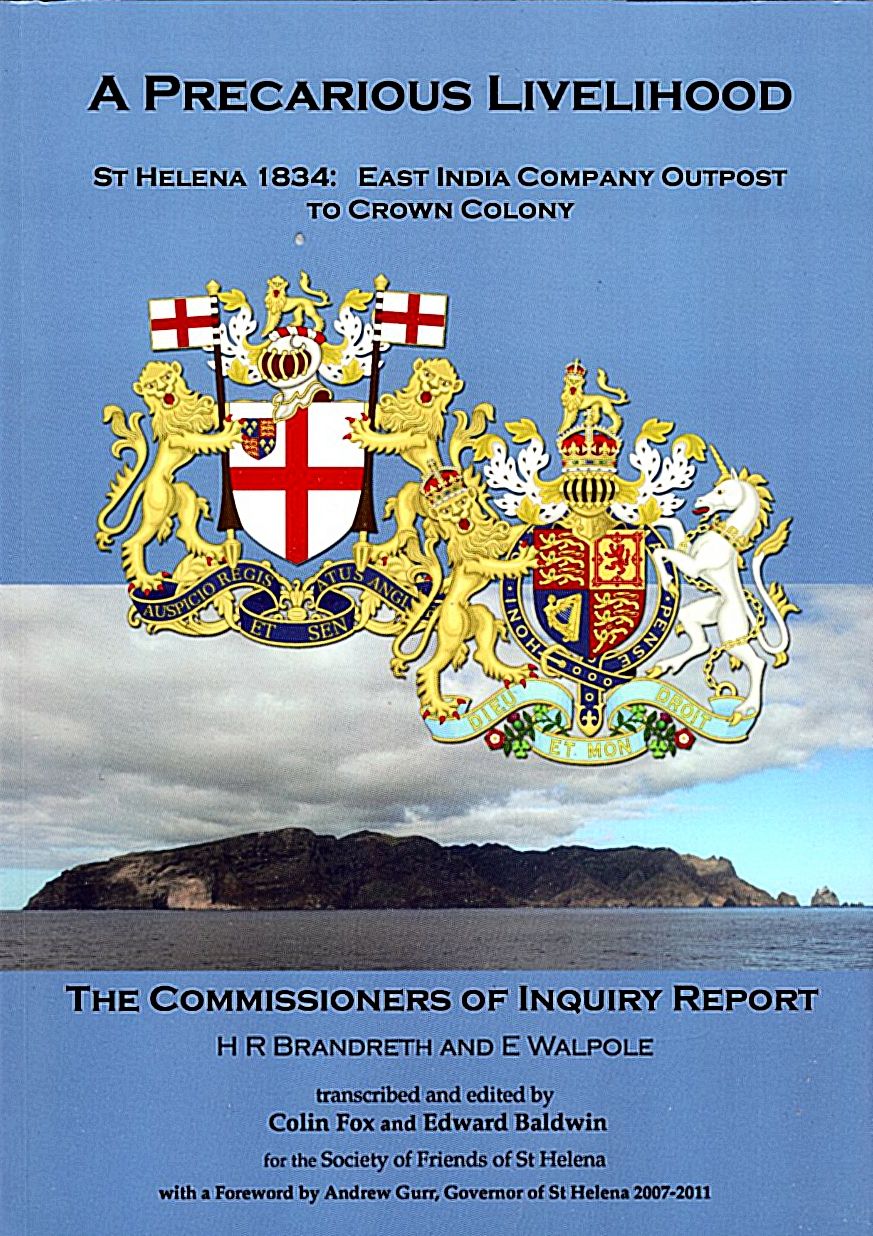 Launched at the Friends of St Helena Members' Meeting, London, on the 11 October 2014.

The Honourable East India Company was once described as "The Greatest Society of Merchants in the Universe". In its heyday, it controlled half the world's trade and its armed forces exceeded those of most sovereign states. Accounts of its ships, the battles it fought, the conquests it made and the political shenanigans it was involved in have been the subject of many books. The operation of the Company at ground floor level is much less well known and this book fills an important gap. Throughout the Company's history, the island of St Helena, strategically placed within the southeasterly trade winds in the mid-Atlantic ocean, was a vital stopover point for the ships that returned from the east each year. So important was the island to the Company that, at huge cost, its natural precipitous cliffs were fortified with batteries of artillery and permanently garrisoned with a regiment of soldiers.

In 1834, the sovereignty of St Helena reverted to the Crown. The Government sent out two Commissioners of Inquiry to investigate how the island was run under the Company rule and how costs could be reduced to make it self supporting - a task that has eluded governments up to the present time. This book is a transcription of the Commissioners' report. Its value lies in the detail it reveals of how the island was administered - the Commissioners talked to all the department heads probing what they did, why they did it, how much it cost and how costs could be reduced. Although relating to St Helena, these inner workings of the Company would not have been unique to the island but typical of many of the Company's outposts. The result is a fascinating study of the life of these men who, at a practical level, lived and worked under the East India Company's rule. This project has been undertaken on behalf of the Friends of St Helena - a Society founded in 1988 to provide information about St Helena, including its history, culture, environment and current affairs; and to provide practical support to the St Helenian community. For further details including membership see the membership page.